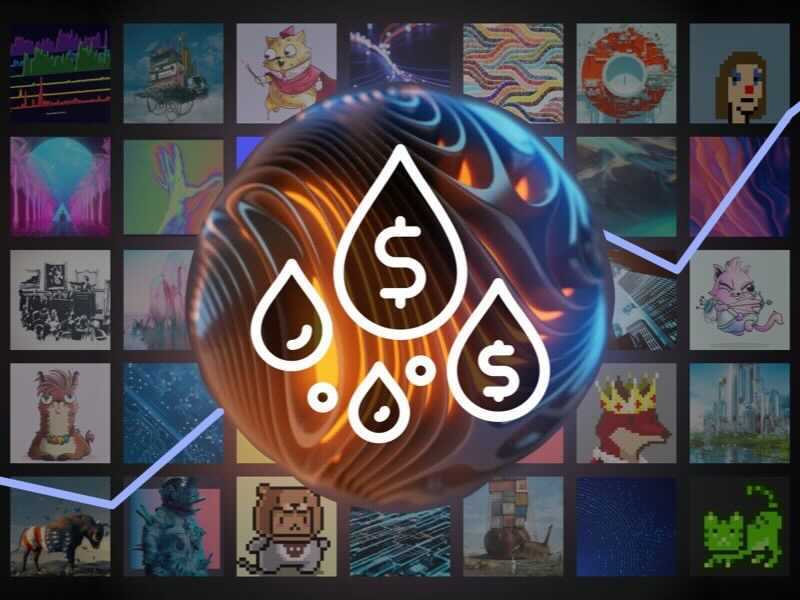 If you’ve been keeping up with the news, you’ve probably heard a lot about NFTs lately. After an NBA Top Shot video highlight featuring LeBron James sold for $208k, NFTs—or non-fungible tokens—continued to gain serious momentum and dominate the headlines even among mainstream media outlets. In February, world-renowned DJ 3LAU sold the world’s first tokenized album—33 NFTs—for more than $11M. Shortly after, Beeple's NFT, The First 5000 Days, sold at Christie's for $69.3M.

As unique digital objects, NFTs authenticate the claim of ownership of an asset and allow it to be transferred or sold on the blockchain. However, while NFTs are a hot topic right now, they are non-fungible, which by their very nature means they’re illiquid. Unlike a fungible currency or common stock, NFTs aren’t easily transferable, and their value can be more difficult to determine.

Enter NFTX, a community-owned protocol for making ERC20 tokens backed by NFT collectibles. With NFTX, users can create funds based on collectibles like CryptoPunks, Axies, Cryptokitties, and more, and trade using a decentralized exchange like Uniswap.

Index Funds are financial instruments that track the value of a group of assets. Why would someone choose to invest in an index fund? For one, they offer diversification for investors wanting to get exposure to a variety of assets. Secondly, investing in an index removes the need to deeply study each of the index’s components individually. While some people might enjoy learning everything they can about an investment, others don’t have the knowledge or desire to research in such great detail. In the traditional finance world, index funds have remained one of the most popular investment vehicles, and we’re seeing these benefits also translate quite similarly into the NFT space.

Index funds can also help to establish price floors among NFTs with similar characteristics, for example, PUNK-FEMALE, one type of CryptoPunk with a common rarity trait. Last week, the Ethereum community discovered Moon Cats, one of the first NFT projects within the space. Cats could be “adopted,” where the only cost incurred to mine it was the ETH transaction fee. While some owners opted to put their cats up for sale on OpenSea, they also had another option: the NFT20 Moon Cats pool. Users could exchange their Moon Cat for 100 $MCAT20 tokens, which set a price floor of around $1700 USD. A week later, the $MCAT20/ETH pool had over $300k in liquidity. In addition, these index funds can even help with price discovery of NFT assets that are not in the basket.

NFTX—along with other similar protocols—offers both single fund and combined fund tokens. With single fund tokens, there is 1:1 backing between a single NFT contract and an ERC-20 contract. For example, while there are multiple pools of CryptoPunks, someone holding $PUNK-BASIC can swap their token 1:1 to receive a different basic Punk.

Combined funds involve pools that combine multiple funds, providing more diverse exposure with one token. Holding $PUNK gives the person a portfolio that includes exposure to all of the underlying single fund tokens, with the token price being based on the weighted average.

NFTs have been around for a while, and we’ve seen the launch of various platforms aiming to add more flexibility to the illiquid world of NFTs.

Avagotchis are an early example of NFTs that can earn yield without selling—these cute, playable avatars can be used for both protocol governance and to play the game. Essentially, they are NFTs staked as ERC-20 tokens powered by Aave, called aTokens. With each Aavegotchi representing a stake on Aave, the characters have real-world value beyond their use in the game, opening up numerous possibilities for Aavegotchi players.

Fractionalized ownership is another concept that has added more flexibility for NFT holders. Ark Gallery, an Ethereum-based application that launched in October 2020, offers fractionalized ownership of CryptoPunks via a decentralized autonomous organization (DAO). Ark allows users to crowdfund a punk (each person owning a fraction of the token), then collectively vote whether or not to sell if an offer is received. This gives buyers exposure to an asset they may not otherwise be able to purchase; however, fractionalized ownership without liquidity still limits an NFT-holder’s options.

B.20, a tokenized NFT bundle by famed crypto artist Beeple (audited by Quantstamp) is a well-known example where users can take a fractionalized position and then easily trade their B.20 tokens through Uniswap.

The Quest for Liquidity

Liquidity is always a fundamental concern, not only within DeFi but financial markets in general. With DeFi being such a nascent space, liquidity is even more crucial. For DeFi to mature, investors need to be able to easily move in or out of a market or trade positions. Liquidity pools—which have long existed within the traditional finance world—have been instrumental in DeFi. Pooled liquidity allows us to launch new financial models and protocols successfully, even with relatively low users and volume. With decentralized exchanges such as Uniswap, users can trade against a collective pool, and liquidity providers can capture transaction fees and other incentives. Overall, deeper liquidity means less volatility and risk for investors.

Axie Infinity is an example where increased liquidity can add serious value. The Pokémon-inspired game built on the Ethereum blockchain lets users trade NFTs and exchange in-game items. Axie Infinity is creating a novel virtual economy within its game—through a decentralized marketplace, users can swap, trade, and sell Axies, land, items, and bundles. Tokenizing assets on the blockchain was a game changer in terms of ownership rights, but like most other NFTs, Axies remained relatively illiquid assets. Selling an Axie needed a willing buyer, and with Axies ranging in terms of value and rarity, this could sometimes be difficult. Now, using NFTX, users can add their Axie to one of the Axie pools and get liquid tokens in return.

In 2020 alone, NFT transactions grew from $62 million to more than $250 million, and this growth has only sped up in the first quarter of 2021. While NFTs have taken the art space by storm, they are starting to gain serious traction in gaming. Untapping liquidity for NFT gamers could be instrumental in driving even further growth.

Bringing liquidity to the NFT space unlocks a myriad of possibilities. With Set Protocol or NFT20, users can create a tokenized basket of NFT-based ERC-20s. With more custom index funds being created, we may see a rise in interest-focused NFT indexes such as ones representing sports or music communities.

While NFTs have taken off within the art space, gaming is another sector with massive untapped potential. PieDAO and NFTX recently announced they had teamed up to extend $PLAY, one of the most comprehensive NFT/Gaming index funds in the market. The fund gives investors exposure to more than 12 tokens including $AXS, $MANA, $MASK and $SOCKS. In the future, perhaps we will see new use cases for NFTs and NFT index funds within unexpected sectors like medicine, fashion, or agriculture.

Already, we’ve started to see Initial NFT offerings, or INOs. This could create new pathways for emerging artists to fundraise or a way for new projects to bootstrap their launch.

This past month, Rari Capital announced the launch of their new product, Fuse. The idea behind Fuse is superfluid collateral—anything that has value can be borrowed against. With Fuse, users can create pools of assets that are their own distinct money markets. Protocols like this could unlock very interesting possibilities in the future if NFTs have the same utility as any other asset.

With Beeple’s $69M sale at the world’s top auction house, singers like Steve Aoki and Kings of Leon releasing music as NFTs, and Taco Bell selling taco-themed gifs on Rarible, NFTs have clearly hit mainstream already. Now, NFT indexes are unlocking liquidity, accessibility, and sustainable options for NFT owners. While NFTs have clearly captured people’s attention at an emotional level, this newfound liquidity gives them more objective utility. As more use cases are discovered, it will be very exciting to watch this space unfold.

Quantstamp secures the assets in your digital nation. Learn about some notable NFT projects we’ve helped secure and join our mailing list to keep up with the latest news, trends and developments in the NFT space. 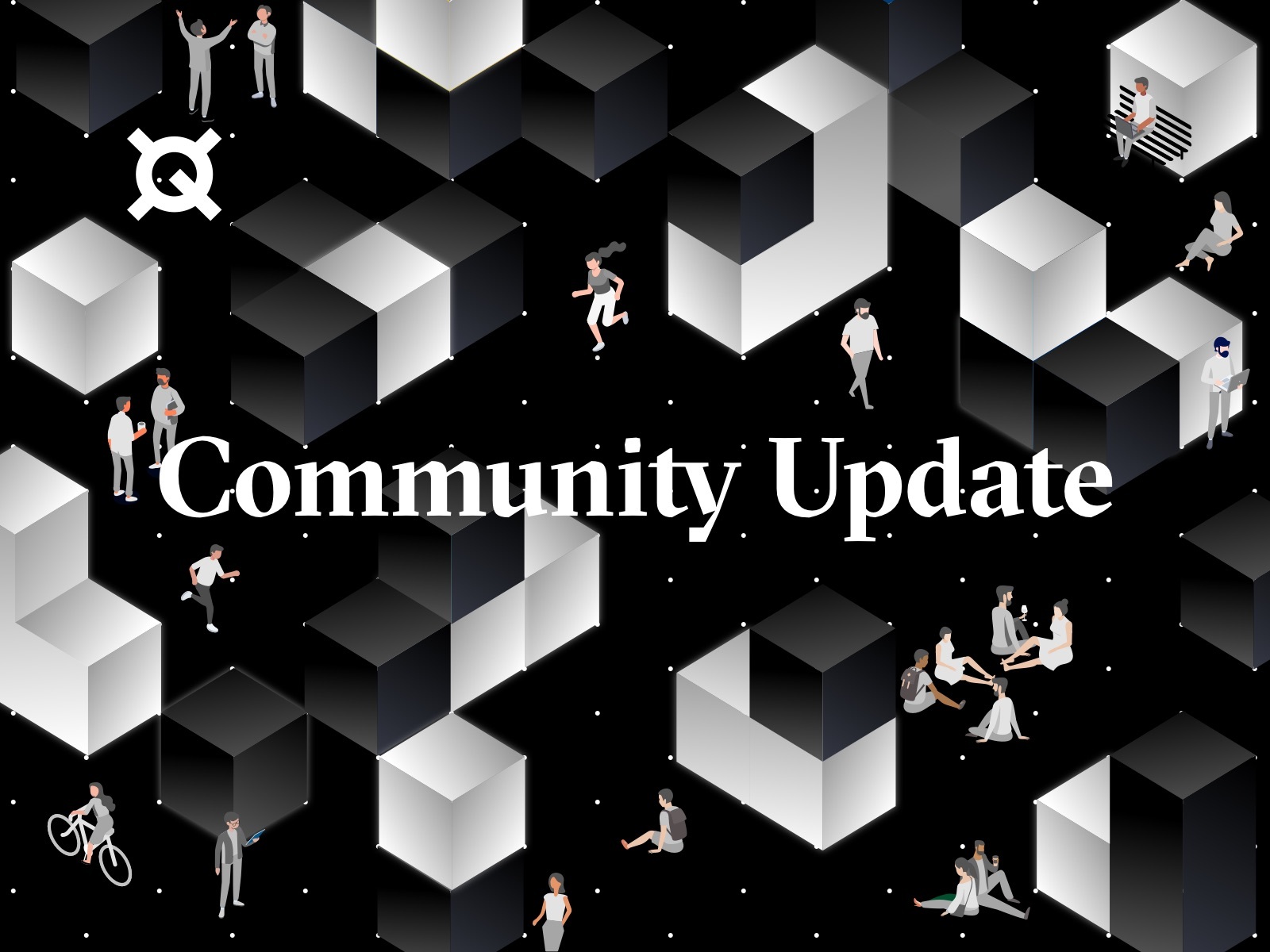 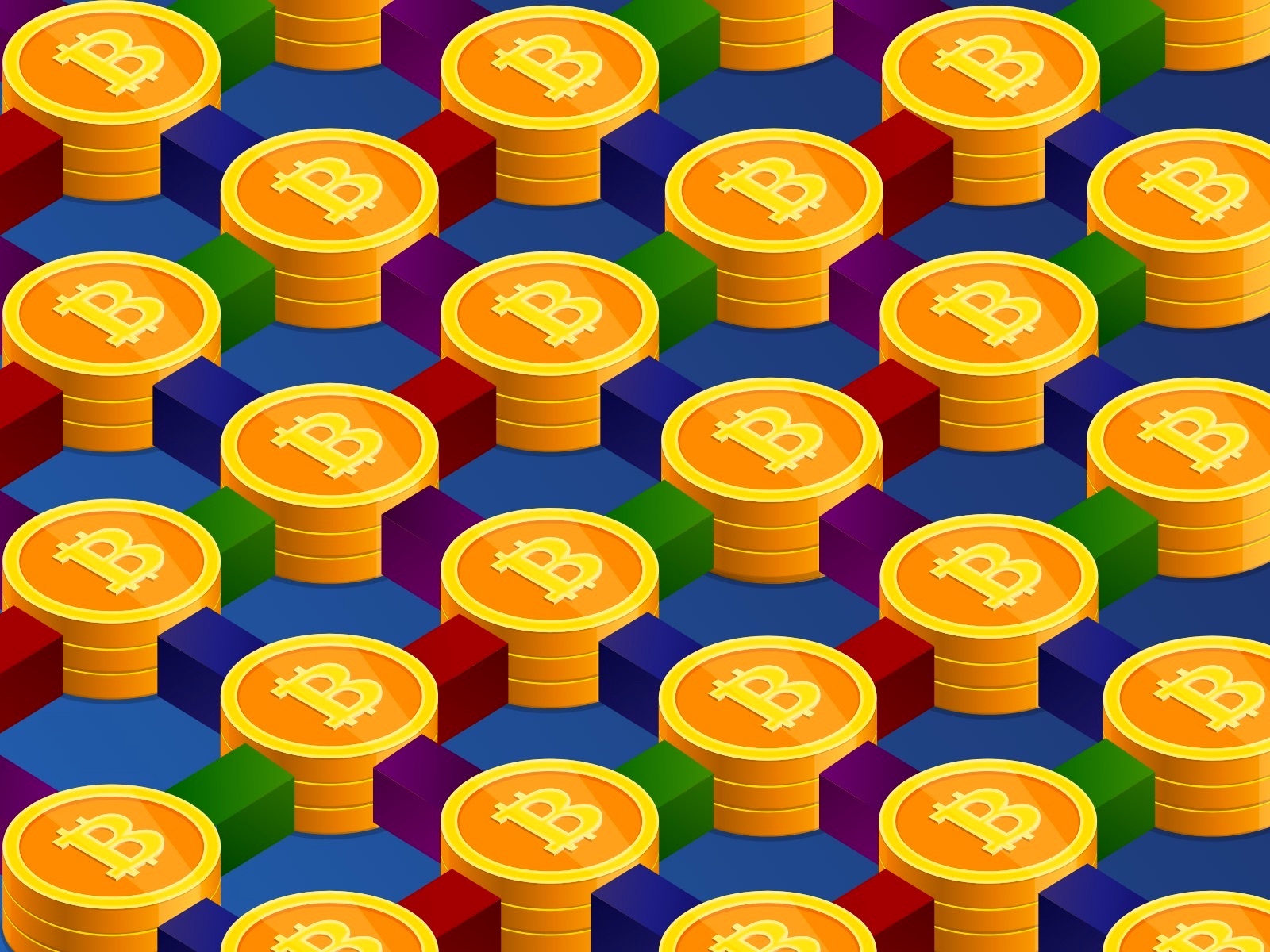 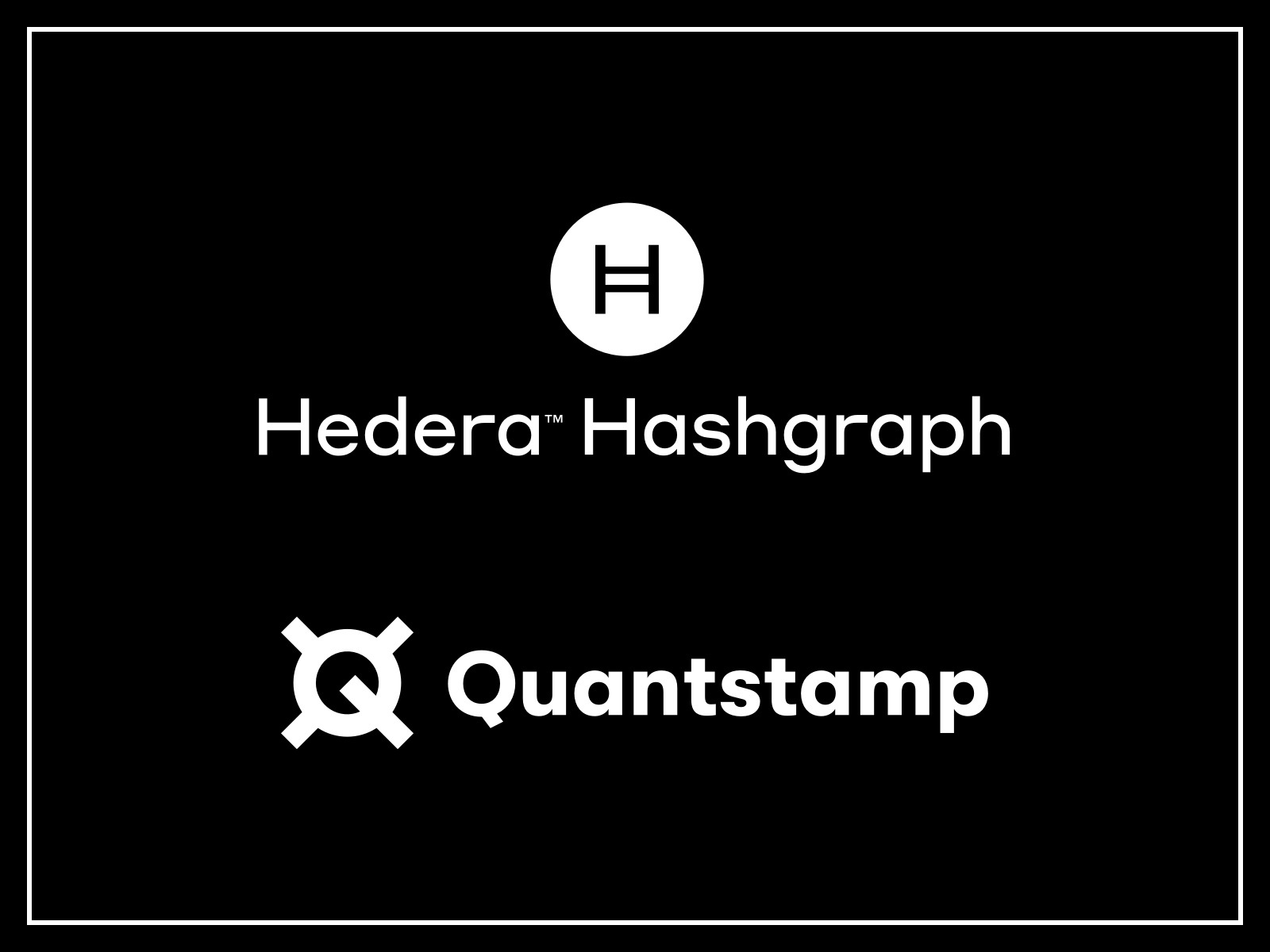 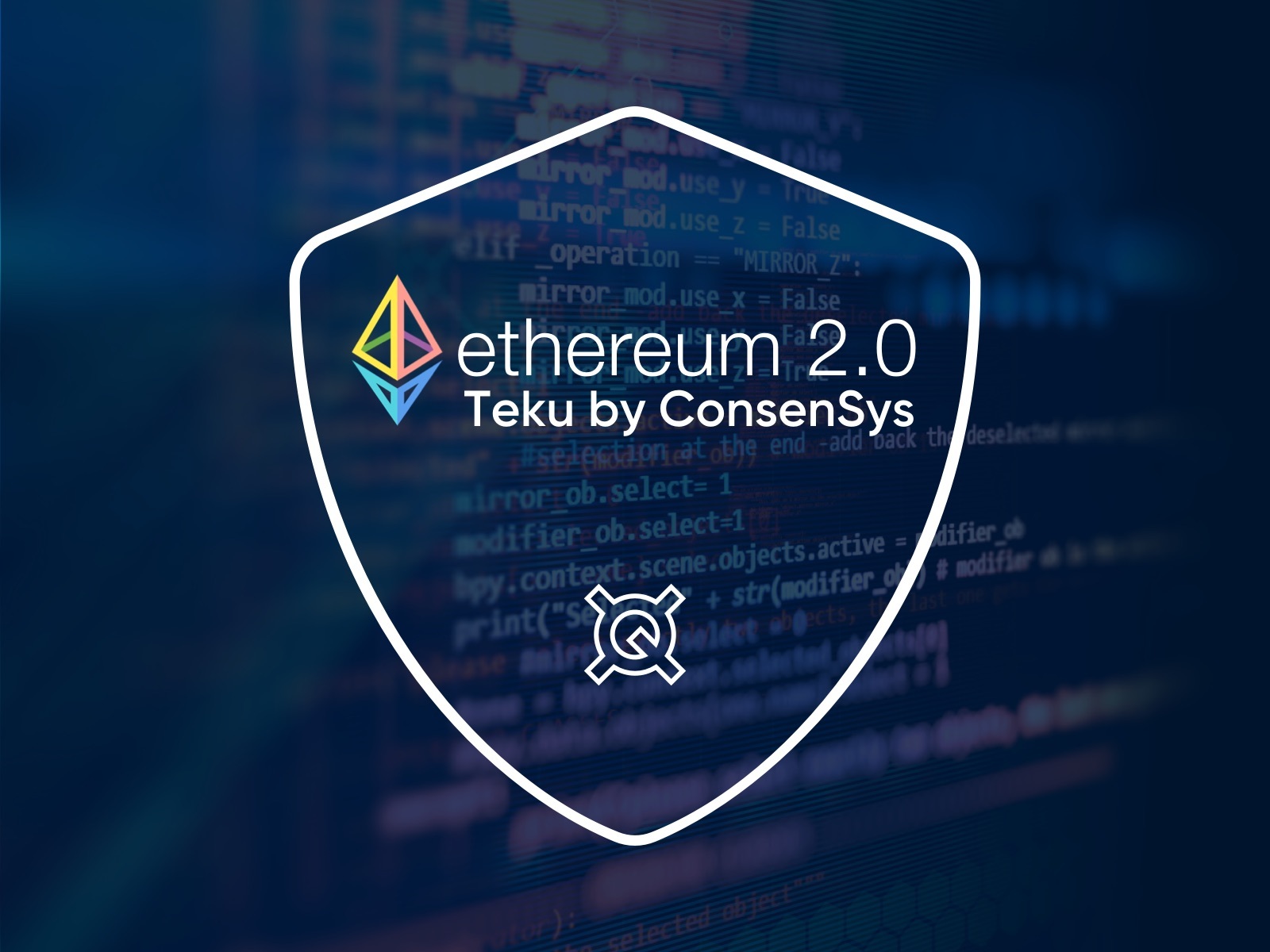